Taken from a recent podcast, Dr. Spitz says about Revactin, "I myself take it (Revactin), I took the constituent ingredients before the formula came out. And I have been recommending it to my patients as well."

For more about nitric oxide and the effect on penile health, please listen to what Dr. Spitz has to say here:

For the full podcast or buy the product now! 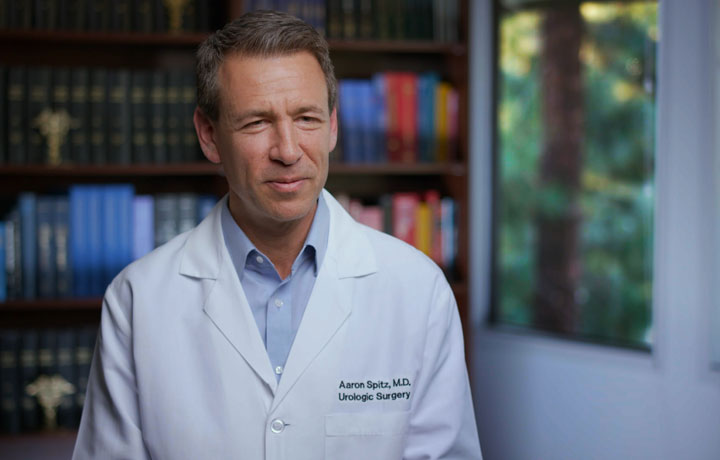 Featured on national television, Aaron Spitz, M.D. is a board-certified urologist and a leading expert in male sexual health and fertility. He has helped countless men overcome these challenges, including erectile dysfunction, low testosterone, Peyronie’s Disease, and low sperm count. He is a nationally recognized leader in microsurgical vasectomy reversal. Dr. Spitz is able to demystify these complex and emotional conditions for his patients as well as for the public at large. Dr. Spitz served as Assistant Clinical Professor of Urology, UC Irvine for 10 years, where he oversaw their training for male sexual health and infertility. He has published numerous articles and book chapters on these subjects.

Dr. Spitz is a national leader in health policy for urologists across the nation. He serves as the lead delegate representing all of America’s urologists to the American Medical Association (AMA). He also is in charge of pioneering the use of telemedicine for America’s urologists. He frequently meets with state and national legislators about topics of critical concern to doctors and patients alike.

Aaron Spitz, MD, is a television personality who is frequently called upon to shed light on various men’s health topics. He has appeared on Dr. Phil, the Real Housewives of Orange County, and he is a frequent guest and part-time co-host on the popular CBS talk show, The Doctors.